Things you should know about Thai culture – Part 1 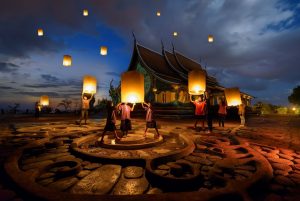 When coming to Thailand for the first time, you’ll quickly begin to notice the differences from your own local customs and traditions. You’ll find yourself bedazzled, confused and in awe – as life in Thailand is a lot different than you may be accustomed to; especially if you see it from the more western perspective. Things like Thais greeting each other, showing respect, apologizing, and saying goodbye with a gesture known as the wai, without a handshake in sight. Thai culture has many idiosyncrasies, big and small. Here are some examples.

Patriotism is sort of a big deal

Table of content
1 Patriotism is sort of a big deal
2 Family comes first
3 Status is important
4 Thinking about relocating to Thailand?
5 Contact Us

An extensive national pride is very much part of the Thai DNA. The country clings to its ancestry and the proud fact that it’s the only nation in Southeast Asia to have never been colonized by European countries. Patriotism goes to a length that even the national anthem is played twice a day, with the expectation that people will stop and stand until the song has finished – and so should you.
The King’s anthem is played before movies start in cinemas, the national flag waves high and manifold everywhere you look and go about. 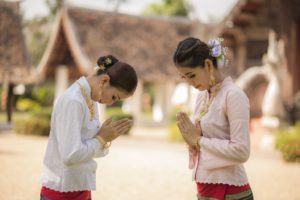 Family almost always comes first in Thailand, with a much greater emphasis placed on the extended family than it typically is the case in western countries. If you’re shocked by the number of siblings a Thai person has, it’s highly likely many of those are cousins (there’s no word in Thai for cousin, people refer to cousins as their brothers and sisters).
It’s also quite normal for extended families to be living close to each other, with many Thais maintaining strong links with their home villages even if they move away for work. It’s fairly common for children to be raised by grandparents or aunts and uncles if their parents need to work elsewhere, such is the role of extended family in everyday life. Younger members of the family are expected to help take care of older members. This can be financially, or by doing a range of chores.

Although it may not be immediately apparent, status is a huge thing in Thai culture. The age, the family connections; job types, education, and income levels are all contributing factors to a person’s perceived status in society. Status is not fixed; a Thai can gain or lose status if their circumstances change. Thais perform different versions of the wai. It may be hard to notice the difference, but certain wai’s depend on a person’s status, and there are social rules concerning who should offer the first wai. Status is important when a group of people are socializing together—it’s traditional for the highest earner to foot the bill.
When talking with each other, Thais have certain words that indicate a person’s age, using pee before an older person’s name to show respect, and nong for somebody younger than them.

Thais are generally very tolerant and understanding when foreigners make mistakes, and chances are that you definitely will when first setting foot in the land of smiles. So don’t worry – as long as it’s not something major, like showing disrespect to the religion or monarchy, yelling in public, or walking around semi-naked, many Thais will overlook cultural differences. 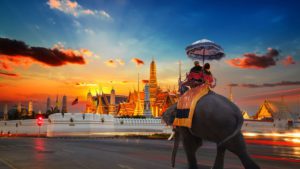 Thinking about relocating to Thailand?

Allow us to help you find the right property to invest in. We have access to the top locations for all budgets, requirements and expectations. For further information please contact us at info@phsproperty.com.